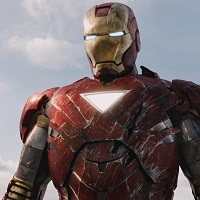 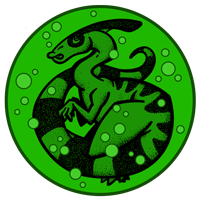 The Dark Knight Manual: Tools, Weapons, Vehicles and Documents from the Batcave 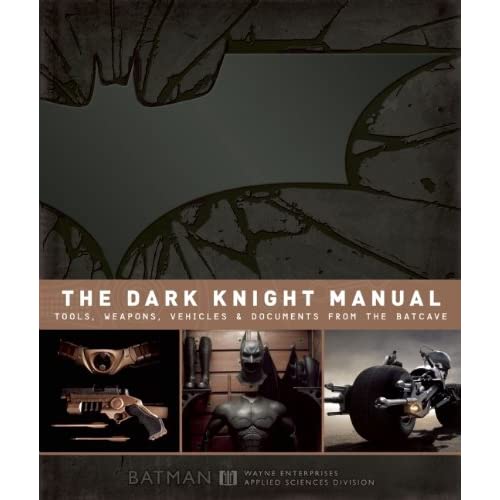 Following the destruction of Wayne Manor, Bruce Wayne began to assemble key sketches, diagrams, observations, and other top-secret documents germane to becoming Batman; he then entrusted this manual to his faithful butler, Alfred. Every defining moment is detailed here, charting Wayne’s collaborations with Lucius Fox at Wayne Enterprises on the latest cutting-edge technology.

Featuring removable documents, including the design and capability of the famed utility belt, the hi-tech functions of Batman’s cowl, and every detail of his amazing arsenal of weapons and gadgets, The Dark Knight Manual reveals how Bruce Wayne operates as Gotham’s greatest protector.

Christopher Nolan's Batman: The Art and Making of the Dark Knight Trilogy 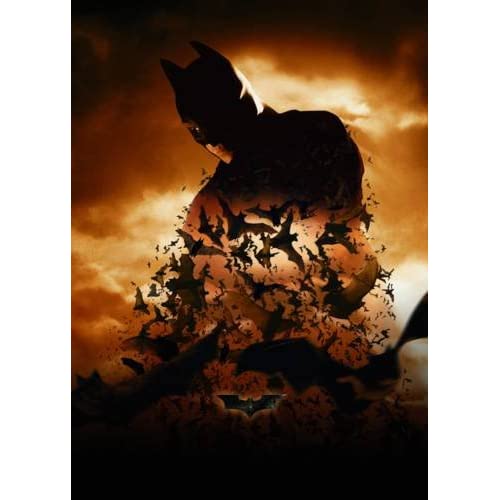 In 2005, director Christopher Nolan redefined the Batman legend with Batman Begins, starring Christian Bale as the Caped Crusader. A fresh, dynamic reboot of the franchise, Batman Begins explored the comic book hero’s origins and his evolution from billionaire Bruce Wayne to dark avenger who fights crime and corruption in Gotham City. A 2008 sequel, The Dark Knight, took those compelling, character-driven foundations and raised the stakes, pitting Batman against a deranged master criminal, the Joker, in an all-out war for Gotham’s soul. Now, the final film of Nolan’s trilogy, The Dark Knight Rises, is 2012’s most anticipated film release.

Christopher Nolan’s Batman: The Art and Making of The Dark Knight Trilogy tells the complete behind-the-scenes story of these three monumental films. Based on in-depth interviews with Nolan and all of the films’ key cast and crew—including cowriters David S. Goyer and Jonathan Nolan, cinematographer Wally Pfister, and more—the book reveals the creative process behind the epic Dark Knight Trilogy, supported by lavish art and never-before-seen photography.

Christopher Nolan returns to complete the Gotham trilogy that launched with Batman Begins and reached the stratosphere with the billion dollar blockbuster The Dark Knight. Inception's Marion Cotillard and Joseph Gordon-Levitt join the cast regulars along with Anne Hathaway as Selina Kyle (aka Catwoman) and Tom Hardy as the powerful villain Bane. Christian Bale prowls the night as the Caped Crusader, fighting crime and corruption with the help of Michael Caine, Morgan Freeman and Gary Oldman.

We know Anne Hathaway's goggles will flip up and become cat ears in The Dark Knight Rises, but we haven't gotten a good look at them, until now. Also, check out this wacky Bane blow up doll.

It's a Halloween costume so it's not going be pitch perfect, but it does give us a much better idea of what the end result will be. I'm sure the usual bellyachers who aren't impressed with Nolan's version of Catwoman won't be any happier after viewing this image. 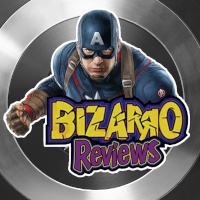 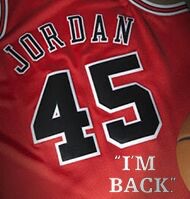 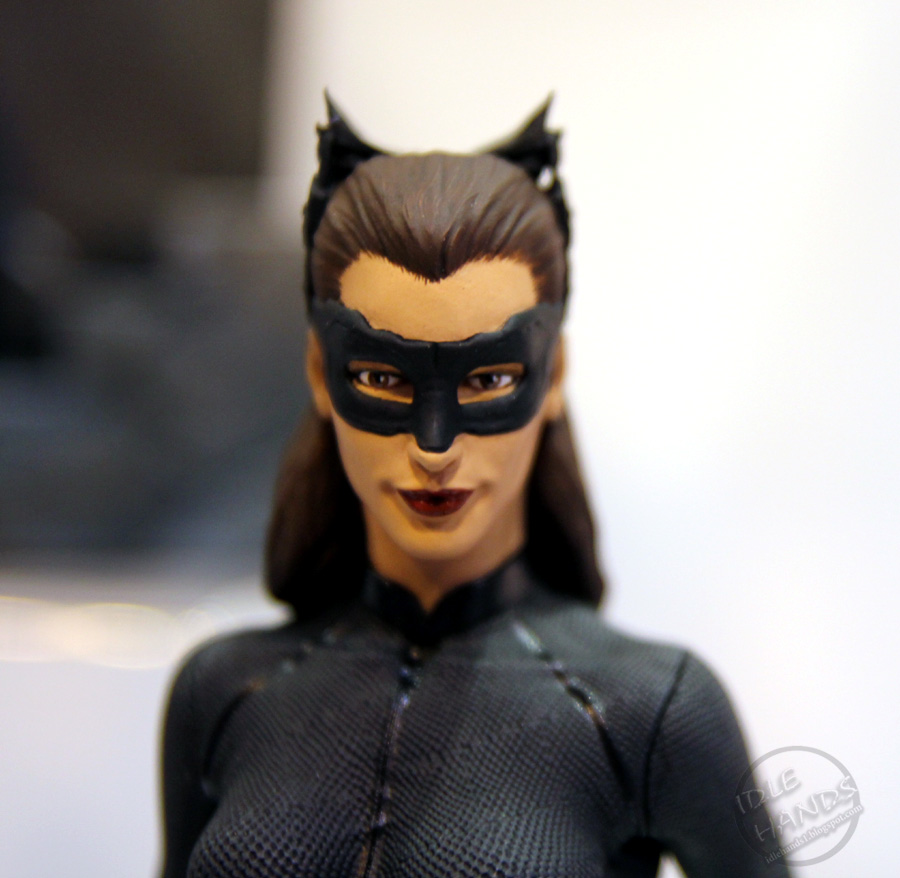 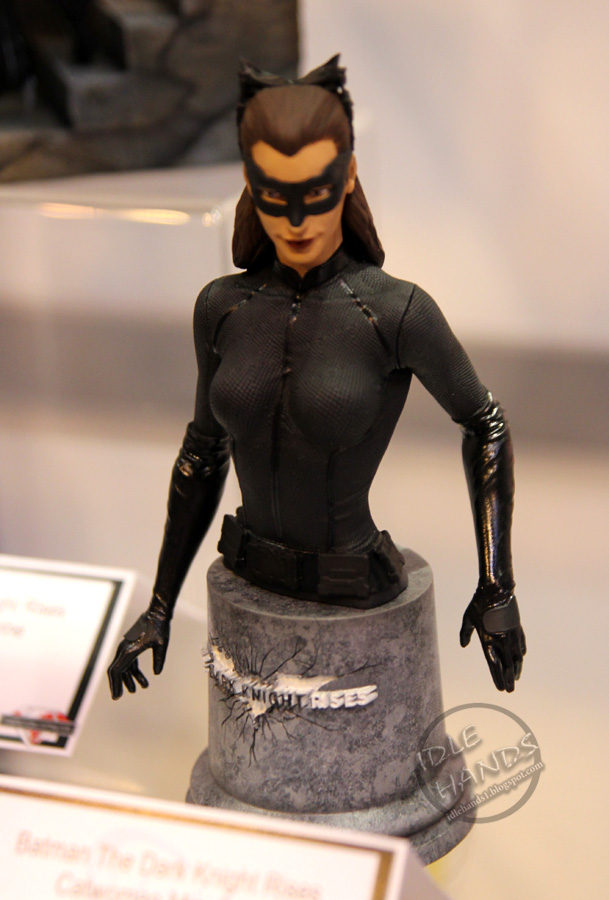 Is THE DARK KNIGHT RISES' Working Title A Clue for Bane's Doomsday Device?

Does a Norwegian science experiment hold the keys to finding out what Bane's mysterious device is, in Christopher Nolan's The Dark Knight Rises?
nailbiter111 - 3/18/2012

One of CBM's own, Mikey Wood, has quite the eagle eye as he came across a rather fascinating science experiment that shares the same name as the working title of The Dark Knight Rises. That title and the name of the experiment is MAGNUS-REX.

Magnus-Rex, a new seismic refraction experiment set out to shed light on the relationship between topography and Moho depth in southern Norway and to help determine if topography is compensated by crustal thickness. The project is the refraction component of MAGNUS, (Mantle investigations of Norwegian uplift structure), a multidisciplinary study of the lithosphere in southern Norway. - MAGNUS-REX

Magnus-Rex, a new seismic refraction experiment set out to shed light on the relationship between topography and Moho depth in southern Norway and to help determine if topography is compensated by crustal thickness. The project is the refraction component of MAGNUS, (Mantle investigations of Norwegian uplift structure), a multidisciplinary study of the lithosphere in southern Norway. - MAGNUS-REX

Three ~400 km long seismic lines were deployed across southern Norway, in October 2007 (Figure 1). A total of 26 shots of 100-400 kg charge size were fired along the three lines. Vertical component seismographs were deployed every two km along each line to record the explosions. An instrument spacing of 750 meters was used along a 120 km section across the Oslo Graben. Three different structural domains are covered by the refraction seismic lines; the Southern Scandes Mountains, the Oslo Graben and Fennoscandian Shield crust. - MAGNUS-REX

What does all of this mean? Well, rumors have been springing up for sometime about what Bane's "Instrument of Your Liberation" as he call it, actually is. I've seen one rumor that suggests it's a neutron bomb, another says that it is an EMP bomb, which would shut down all electronics. But, another rumor that has been floated around for sometime is that Bane's device is an earthquake machine.

Just look at the first teaser that features crumbling buildings, something akin to Gotham being ravaged by a severe earthquake. And many people have also noticed similarities to the batman story, "No Man's Land." Which is a story that centers around the idea that Gotham is gutted by a massive earthquake.

Gotham City had suffered the results of a magnitude 7.6 earthquake in the earlier Cataclysm storyline. In response, the U.S government declared Gotham a "no man's land," destroyed all bridges leading to Gotham and forbade people from entering or exiting.

That last line is of interest as we have seen set photos of a huge pile of cars blocking off a tunnel. Which to a keen or lazy eye would indicate that the citizens of Gotham are being prevented from escaping, and also not allowing anyone to enter.

The city was swiftly carved up by gangs and various supervillains Batman had battled over the years, primarily The Penguin. Jim Gordon and several members of the Gotham police department stayed behind to protect civilians. Oracle and Huntress also ended up on the inside. Bruce Wayne (Batman) left the city to lobby the government to not cut Gotham off, but failed. Gordon and his men waited for his return, but by the time he returned more than three months later, they believed he had abandoned Gotham. - Wikipedia

In the story, with the absence of Batman, Huntress steps in as Batgirl to help keep order. If we adapted that tale to the film, that would mean Anne Hathaway's Catwoman could be helping Gotham during Bruce's leave. And we know from watching the second trailer that Bruce is imprisoned at some point in the film.

Another hint that "No Man's Land" is in fact the blueprint to The Dark Knight Rises is that mysterious set video appeared of Joseph Gordon-Levitt as John Blake. In that video it looks like the actor is marking a while. At the time if left most of Batman fans confused, but if we look once again at the "No Man's Land" story arc we'll see another connection.

Batman and James Gordon's officers work separately to reclaim Gotham, piece by piece, by beating and subduing the gang leaders and then marking the reclaimed territory with graffiti. - Wikipedia

Let it be clear that I am not saying that all of the "No Man's Land" storyline will be used, or what is used will be replicated for The Dark Knight Rises, but there are quite a few similarities. Enough in my mind that I can speculate that Bane's device will in fact cause earthquakes.
Fonte: http://www.comicbookmovie.com/fansites/nailbiter111/news/?a=56581

Batman-News has come across the following plot synopsis for The Dark Knight Rises, revealed on FilmCells, the company who have been officially licensed by Warner Bros. to produce products such as the one pictured below. Accompanying the plaque was the following synopsis for the highly anticipated conclusion to Christopher Nolan's final Batman movie. While it's not particularly revealing, it does shed a little more light on what we can expect from the film.

When Commissioner Gordon stumbles upon a plot to destroy the city from within, Bruce Wayne gets back into action as the Batman. Waiting for him is the mysterious Selina Kyle and Bane, a lethal adversary on a crusade to tear apart Batmans legacy piece by piece.

THE DARK KNIGHT RISES (TDKR) Is NOT 4 Hours Long, Not Even Close
MTV reported the run time of Christopher Nolan's The Dark Knight Rises as four hours long as a joke which got out of hand. Four hours is too long, even for Batman.

Well, this is another case of humor not translating well when put into words to be read on computer screens. Yesterday, MTV reported that Christopher Nolan screened The Dark Knight Rises for WB Execs and that the rough cut of the film was 4 hours long. Well, Nolan did screen the film, and it was reportedly well received but it was not 4 hours. In fact, like us, MTV has no idea how long the final Batman film from Nolan will be. The author of MTV's article took to twitter to clear things up.

See guys, even a site with the power and money of MTV can sometimes make a mistake or exercise poor judgement. As ever, we'll have word on the official running time and other Batman news as soon as it breaks.

Kevin P. Sullivan@KPSull
Just to clear some confusion: I have no idea how long "The Dark Knight Rises" rough cut is. "4 hours" was a joke taken too literally.